If you have never saw maps hosted in Mapbox platform you would probably agree on the quality of its designs. The business of Mapbox is to host and server geospatial data. For this reason, all the great tools Mapbox facilitates are oriented to help their users to prepare and work with their data.

One of the provided tools is Mapbox Studio. Mapbox Studio (MbS) is a desktop application that allows to create CartoCSS themes that are later used to generate raster tiles. Briefly explained, what MbS does is to download OpenStreetMap data in vector format and render it on the fly applying the specified CartoCSS style.

The result of working with MbS is not a set of tiles but a style, that is, a set of rules that express which colour must be used to render roads, at which levels must labels appears and with which size, which colour must be used for ground, etc. This style can be later uploaded to Mapbox platform so that raster tiles were generated on the cloud and we can consume the tiles paying for the service. (Hope one day I can contract their services, they deserve by their great job).

The question we can make us is: how we can generate the raster tiles locally from a given MbS style?

Well, this article is about that. Continue reading.

Working with Mapbox Studio and create your custom style

Let's start from the beginning so download Mapbox Studio application and install on your system. Once installed execute it and you will be asked to be connected to the Mapbox platform. 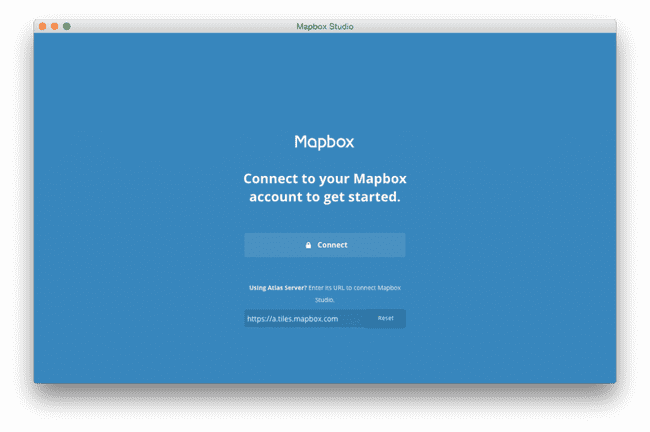 There are two main reasons why Mapbox requires you to register as a user. First, the power of the platform is on the cloud and the goal is you upload all your data to the servers. That includes the styles you create. 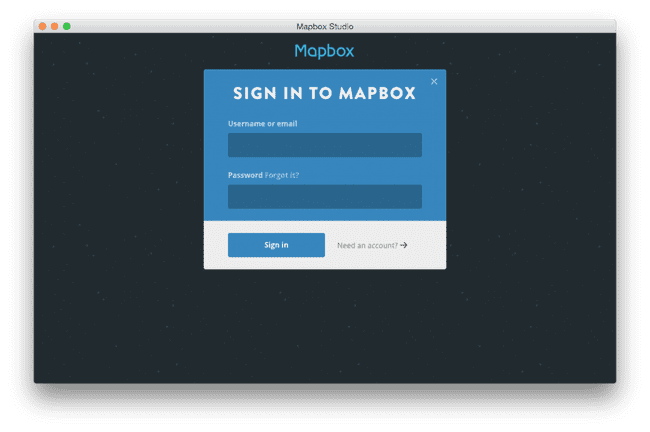 Once logged in you will be allowed to create new map styles. The easiest way is to start using one of the starter styles created by the great Mapbox designers: 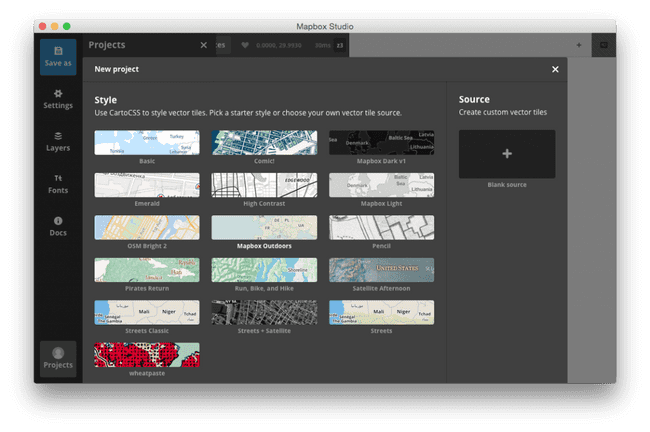 Here we have chose the Mapbox Outdoors style. In the image you can see the style code (CartoCSS which is inspered by CSS) and the resultant tiles obtaining from painting the vector information with the given style rules:

CartoCSS is a Mapnik stylesheet pre-processor developed by MapBox and inspired by Cascadenik. It is like a CSS language specially developed to style maps.

Store the style with a new name somewhere on your computer, for example, customstyle. If you look at your disk you will see a customstyle.tm2 folder has been created containing a bunch of files that defines the style rules (take a look they are not dangerous).

Finally, modify some properties, for example @land or @crop colors and save to see the result:

Great !!! You just have created your first custom style.

Looking for a solution I discovered the tessera and tl tools. Tessera is a node based command line application. It is based in some modules from mapbox (concretely tilelive) plus others implemented by the author (Seth Fitzsimmons). The result is we can execute tessera passing a MbS defined style, open a browser pointing to a local address and see a map with the raster tiles generated with our MbS style.

Similarly, tl is a node based command line tool we can execute, passing a set of options, to generate a MBTiles file or a pyramid of tiles following the well known z/x/y.png format.

I know about both tools at the article Converting Mapbox Studio Vector Tiles to Rasters from Azavea Labs.

How to install the tools?

NOTE: You need to have NodeJS installed in your system, along with the npm package manager command line tools.

I don't like to install global node packages (or at least more than the necessary) so I'm going to install the previous tools in a custom folder:

Inside the directory execute next sentence, which install the tessera and tl packages among others:

You will see a hidden directory named .npm_modules has been created which contains some subdirectories with the same name as the previous packages.

Let's try to run tessera for the first time. Because it is installed as a local node module execute:

Tessera requires you pass an URI so it can server its content. It accepts URIs from Mapbox hosted file, Mapnik, Tilemill, Mapbox Studio, ...

First seems tessera is working at port 8080 but later we get an error about MAPBOX_ACCESS_TOKEN. If you remember from the first section, Mapbox requires all the requests be signed with the user token. So, you need to get the access token from your account and set it as environment variable before execute tessera:

We are close to make it work. The problem now is our MbS style is using a font we have not installed in our system. One easy, but brute force, solution is to install all Google Web Fonts on your system. For this purpose you can use the Web Font Load installation script. In my case I have installed them in the user's fonts folder ~/Library/Fonts.

That' s a bit strange, we have just installed the fonts but they are not found. What is happening? Well, tessera uses mapnik to create the raster tiles and it looks for fonts in the folders specified by the environment variable MAPNIK_FONT_PATH, so let define the variable:

and execute the script again:

OMG !!! This seems a never ending story. Now we need to install the Arial Unicode font. Look for it, install in your system and execute tessera again:

Great !!! It seems tessera is working fine. Let's go to open our browser pointing to http://localhost:8080 and see the result:

A map implemented using Leaflet web mapping library is shown, rendering raster tiles that are created in the fly. Look at the console to see the tessera output information:

We can see how tiles at current zoom, the zoom level 8, has been generated.

At this point we have tessera working but what about generate a local pyramid of tiles for a given zoom levels and a given bounding box?

Before continue we need to know which bounding box we want to generate, the whole World? or only a piece. In my case I want three zoom levels (7, 8 and 9) wrapping Catalonia.

There are some online tools you can use to get the bbox of a region, but one I like it the Bounding Box Tool from Klokan Technologies.

The tl tool can run three main commands but are only interested in the copy one, which copies data between two providers. In our case the MbS style is one provider and the file system is the other. Run the tl command to see the available options:

So let's go to execute the command to copy data from our MbS style to the local tiles folder. We want to generate tiles from zoom level 7 to 9 and indicating a bounding box wrapping Catalonia.

Ough !!! That hurts, a segmentation fault. After looking for a while I realised it seems a bug. To solve it go to tl/node_modules/abaculus/node_modules and remove the mapnik folder dependency. It is redundant because there is one installed in parent folder.

Execute the command again and see the output: 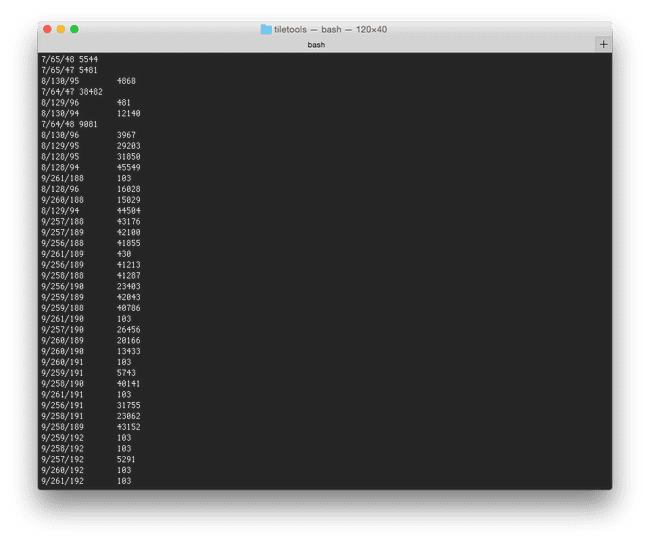 The tl tool has created a local tiles directory and generated all the raster tiles for the given zoom levels and bounding box. The output shows in addition the time required to generate each tile.

That's all. Now we only need to host the tiles at our own servers !!!